Conversin' With The Blues ~~ Dr. Schlank Brings the Blues Therapy 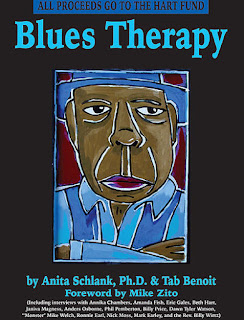 I've known Dr. Anita Schlank for a few years. If you've ever been to a blues show anywhere in the vicinity of Richmond, Virginia, you've probably seen her on the front row taking great pictures and video. Some of the best pictures on this blog have been taken by her. She's now the main author behind an outstanding new book, Blues Therapy, that describes what several blues artists experience on a daily basis.
Despite her busy work and concert schedule, Dr. Schlank was kind enough to take some time out and join me in the studios of VPM-Music for a discussion about the book and the blues.
John Porter::  Welcome to another edition of Conversin’ with the Blues.  I am delighted to have today’s guest because you know, a lot of people in the blues have great nicknames -- they call themselves doctor this or doctor that, or even somebody who calls himself the Professor.  Well, for the first time I have an actual doctor here -- Dr. Anita Schlank.  She is a psychologist.  That makes her a Ph.D. doctor—she can’t give you any meds, but she has written an amazing book called Blues Therapy.  Dr. Schlank, thank you very much for coming in today. 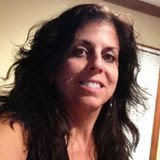 Anita Schlank, Ph.D.:  Thanks for having me.
Porter:  Let’s talk a little bit about Blues Therapy.  I can describe a bit about it, but I’d like you to describe in more depth.  You have held conversations with a number of blues artists talking about the mental struggles that each one faced, some similar some dissimilar, and the way that they have used music to transcend whatever mental ills they have.  Is that a correct assumption?
Schlank:  That’s correct.  There are three sections to the book.  I wrote the first section from a psychologist’s perspective, trying to dispel myths about mental illness and explain a little bit about different mental illnesses and about the therapeutic effects of music on the brain.  The second section is written by Tab Benoit, who discusses those issues from the perspective of a musician.  The longest section is just what you mentioned—it contains interviews with blues musicians who suffer from mental illness, talking about that experience and talking about the beneficial effects of music in their life.
Porter:  Can you illustrate some of the different terms because a layman might not necessarily know the splitting hairs between this condition and that condition.  Starting with, what is schizophrenia?
Schlank:  Schizophrenia is a disorder in which people lose touch with reality. They might experience hallucinations, such as seeing things that aren’t there or hearing voices that aren’t there.  Or, they might become delusional, believing things to be true, such as becoming very overly suspicious, thinking people are out to hurt them.
Porter:  What about bipolar disorder?
Schlank:  With bipolar disorder people experience extreme shifts in mood from being very depressed to feeling what we call manic, which is having excessive energy, decreased need for sleep, maybe having some grandiose ideas.  Some even have some psychotic experiences when they are manic.
Porter:  Major Depressive Disorder—that seems to pop up quite a bit in the book.
Schlank:  Someone with Major Depressive Disorder can experience sleep disturbance, tearfulness, and they can have suicidal thoughts.  It’s more than just feeling sad about a situation.  It can come on even when people have things going well in their life.
Porter:  Suicidal thoughts?  I think everyone has some from time to time, but this seems to be more pervasive.  At what point should someone start to become worried about someone who voices such a thought?
Schlank:  It never hurts to ask people about those thoughts.  I know people might worry that it will put the idea in their head, but it really doesn’t hurt to ask about that.  If the person isn’t really suicidal, they will tell you, and it can be very helpful to talk about the thoughts.  Is it just a fleeting thought, or is it a preoccupation?  Are they thinking a lot about it, and how they will do it, and how to not hurt family and friends by doing it.  That’s when it can be very concerning.
Porter:  Now you are a professional.  Can someone without this type of training actually do somebody some good who is having those thoughts?
Schlank:  Absolutely.  I think it’s helpful for people to know that you understand and that you’re not shocked by that idea and it’s ok to talk about these things.  That’s part of what we are doing with the book.  We’re showing that more people can talk about this.  It’s not something we have to keep secret.
Porter:  That’s a great segue then into the reason you wrote this book and the people who volunteered their innermost thoughts.  I need to give each of them a standing ovation for doing that because it’s very frank.  What was your initial reason for writing the book?
Schlank: The main reason was to try to lessen the stigma associated with mental illness and to try to get people to talk about it more.  Maybe more people will seek help when they need it.  I was really affected by the suicides of some famous people, and I was wishing that maybe they had felt freer to talk about it.  I also definitely wanted to raise money for the HART fund.  That was a secondary purpose for writing it.
Porter:  What is the HART Fund? 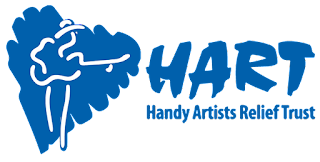