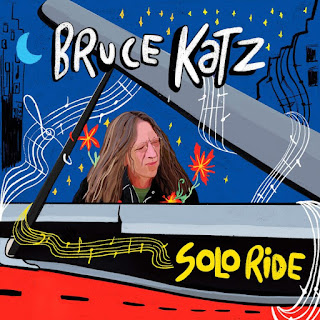 I’ve always been fond of the artists who refuse to be labeled. Not that there’s anything wrong with committing to one particular style or genre, in fact, most artists quickly find their strengths and stay with them throughout their career.
But there is something about those restless spirits who search in different directions and find their happiness in different places. Some artists would be more commercial if they stayed within the confines of a popular genre while others find deeper satisfaction in exploring whatever comes their way.
Those latter artists are the ones that intrigue me, constantly reinventing themselves and finding their place in the journey rather than the destination.
That’s a long winded way of introducing a new CD, Solo Ride, from keyboard wizard Bruce Katz. Katz, who has had a very successful career touring as a sideman for the likes of Ronnie Earl, Delbert McClinton Band, Jaimoe's Jasssz Band, John Hammond, and many other legendary artists. Perhaps he is best known as a member of the Gregg Allman Band from 2007-2013.
There’s more to Katz’ resume than those outstanding achievements. Katz has lead his own band, the aptly named Bruce Katz Band for over 25 years and was also an Associate Professor at the Berklee College of Music for fourteen years (1996-2010), teaching Harmony, Hammond organ labs, Blues History and Private Instruction.
What’s surprising to me about Solo Ride is that it took Katz a long time to record it. I thought his natural curiosity would have led him to release a solo work before now. And by solo, I mean just by himself. There are no other musicians on the album, and no other instruments. It’s an even dozen songs, eleven written by Katz with one cover of a great Tampa Red song, with no vocals, no guitar runs, no drum solos or any real sweetening of the music that I can detect.
Katz gets things off to a fast and raucous start with Down At The Barrelhouse. I love this style of barrelhouse piano and it just seems like it doesn’t get played enough. I think we’ll remedy that! The boogie woogie fans, rockers, and swing blues folks will really enjoy this one.
He follows up with Crescent Crawl, jazz, with the flavor of New Orleans. Some incredible runs and a virtuoso performance. Hopefully this will get played on our jazz program. Katz is no worried about staying in his lane and he plays jazz just about as well as any you can name.
The one cover on the album is from the great Hudson Whitaker, aka Tampa Red, It Hurts Me Too. This is one of the most interpreted blues songs (first recorded in 1940), it has become one of the standards. Katz does a good job with it, using a rather heavy left hand to add a percussive tap to the rhythm.
From the title, Praise House, I was expecting something a bit more gospel like. Instead, it’s certainly jazzy and would be perfect for jazz shows. The next track, Red Sneakers, has a kind of old fashioned charm about it. Like parasols and hoop skirts charm. Fun, jaunty number, very lighthearted.
His song, Dreams Of Yesterday, is very heartfelt. Even without words, you can feel his emotion in every note. Again, Solo Ride is not for people looking for a 12-bar shuffle, but if you’re looking for some beautiful music, this is a great album to have.
Midnight Plans is a cool dark jazz number. Like many of the songs on the album, they are not quite right for Time For The Blues but could easily find a home on jazz stations. He follows that with Easy Living, a quiet ballad that feels like it should be a standard.
From there he jumps into Going Places, a quick tempo swing number that I could see audience members getting out onto the dance floor. Sweet tune. And then he segues into The Way To Your Heart, an emotional song that’s slow and moving, not in a hurry at all.
Just for fun, Katz then plays Watermelon Thump, a little bit of boogie that might find its way onto the show. Lively, spirited, and a lot of fun to listen to. Might have to team it with Marcia Ball’s Watermelon Time, and maybe something from Watermelon Slim just for a watermelon trifecta.
He closes out the album with Redemption, which to me sounds like a song of searching, a song of striving. Of course, with instrumentals, the music often becomes a Rorschach Test to be interpreted by the listener in his or her own way. Your experience with the album may be entirely different than mine.
Katz is an amazing player. I’ve followed him for a number of years and had the pleasure of catching him live in a very intimate space. He’s impressive and I know that Solo Ride will be on my personal playlist when I write in the future.
Check him out at his website. 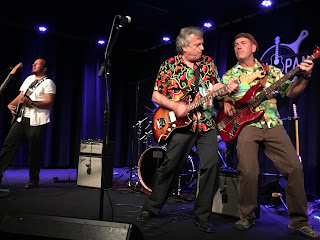 It’s no secret that I am a big fan of the Charlottesville blues group The Jon Spear Band. I discovered them when I received a copy of their first CD, Old Soul, and since they were from Virginia, I moved them up to the top of my “Need to Check Out” pile, but never expected much thinking they might just be a regular bar band that went into a studio.

I’ve never been so happy to have been wrong in my life. The album was fresh with good musicianship and strong lyrics. We featured it on Time For The Blues, and soon after I was fortunate enough to meet the guys: Jon Spear guitar and vocals, Dara James on guitar, harp, and vocals, Andy Burdetsky on bass and vocals, and John Stubblefield on drums.
We got along like five brothers: bickering, sniping, and bonding over shared experiences with music. Since then, almost every time they’ve played in Richmond, I’ve been there. Ditto catching them at major events in Charlottesville, and even once in Staunton. Hopefully, I’ll be back there again next year, good lord willing and the creek don’t rise.
Anyway, I’ve reviewed their live and recorded shows on several occasions, and thought I might just skate on this show and just sit in the audience and be a fan. After all, I’ve assumed the mantle of “Leader of the Spearhead Nation,” and thought it would be great just to enjoy the sounds of a favorite band.
What they delivered was so unusual for them, so absolutely different, that I found myself taking notes in order to capture this performance.
What we saw that night in the Tin Pan was not a typical blues show. I don’t think I heard a single 12-bar shuffle. Nobody looked over yonder’s wall, and the only example of a woman doin’ anybody wrong, was their song Mean Mean Woman.
Instead, what I heard truly defies labels. They played about 15 songs in a 90-minute set and every single one of them was an original, and I don’t think I’ve ever seen the group happier to play. James, who plays mostly lead guitar and handles the majority of vocals was in rare company as his guitar runs covered the gamut from roots rock to psychedelic riffs. I’ve heard him play many times in the past and always considered him a very good player, but tonight, he played with beautiful tones and it was easy for audience members to hang on every note and lick.
Spear played chords and sang the rest of the lead vocals. He, too, seemed to be playing on a different level tonight. His songs set up James’ runs, and occasionally they “dueled” with each other – one playing a run and the other answering.
Burdetsky and Stubblefield are a very tight rhythm section. I’ve always felt neither has gotten the recognition I feel they deserve. This night, they dug so deep setting the groove, that if they had gone any deeper, they would probably have struck oil. Burdetsky is such an animated player that he might as well be in a Pixar cartoon. He doesn’t just play the bass, he embodies the bass. His face and body never stop moving throughout the entire performance.
I knew the evening was going to be wildly different when they led off with Yellow Moon. I’ve heard them play that as an encore, but leading off the show with it sets a completely different tone. From there, they slid into Too Much Family and then Cheap Whiskey.  At no time did they break between songs to work the audience, just letting the music speak for itself.
In fact, they really didn’t engage the audience until the sixth song, other than to say a quiet “thank you” after some of the songs. They were lost in the music, and the audience did not seem to mind in the least.
I spent much of the show trying to figure out how to describe what we were seeing. This wasn’t really blues, not just rock. It certainly wasn’t country. I couldn’t decide what to call it. It wasn’t exactly pure jams, but the only thing I could put my finger on, is it was like listening to an Allman Brothers show – just without the keyboards and some of the attitude.
The Jon Spear Band once sang, “Live Music is better,” and they are absolutely right. I get up on my soapbox from time to time and I understand that not everybody wants to go out every night – or can afford to. I get it. But the small audience that gathered at the Tin Pan was treated to a great show. Judging from the response of the crowd, they will all be back the next time the band comes to town.
This is a new direction for Spear and Company. It’s too early for anyone to say if this is going to be the way the band goes from here on out, but if it is, I won’t complain.

Debra Power ~~ That’s How I Roll 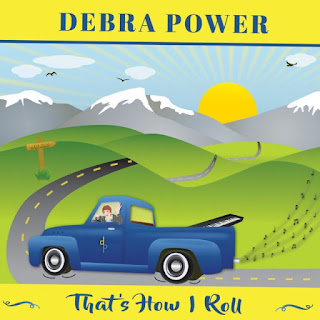 You can get both of her albums to date from her website and can check out her tour schedule as well. I suggest you do both and add this great performer to your playlist.
Posted by John at 10:44 AM No comments:

Email ThisBlogThis!Share to TwitterShare to FacebookShare to Pinterest
Labels: Debra Power, That's How I Roll, Time For The Blues 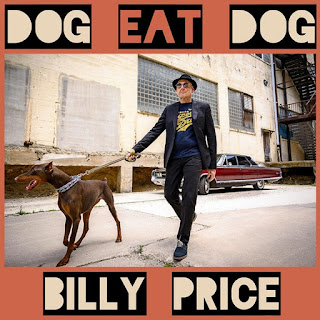