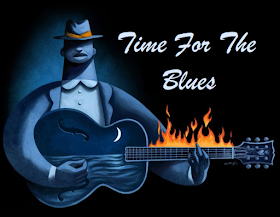 It’s another Sunday, so it’s a chance to do some quick reviews to catch up on so many of the great albums I’ve missed writing about. Nothing fancy here, no in depth analysis – so let’s get going on this week’s Round Up! 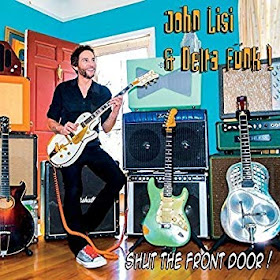 John Lisi & Delta Funk – Shut The Front Door
I got to know John Lisi as he traveled around with Jason Ricci and leading his band. On those trips, Lisi stands back and lets Ricci have the spotlight, but on this album, he really gets to let loose on 13 tracks of bluesy funk and rock. He’s a solid guitar player, his vocals are versatile, and the musicians he’s assembled kick some major ass. There are several standout songs, a couple of personal favorites being Where’d Ya’ Go Radio and We Sho’ Ain’t Saints. You can find the album and information at his website: http://www.johnlisi.com/ and I understand he has a long standing weekly gig in New Orleans and he brings together a number of great musicians to jam, so if you’re in the area, be sure to check it out. 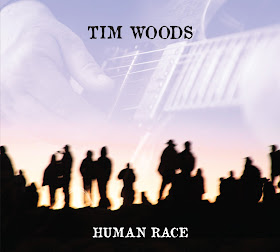 Tim Woods – Human Race
Very sweet blues album with traditional elements and Woods plays a mean guitar and his vocals growl as a man who has lived a hard life would. There are 12 songs with power – 11 of which were written by Woods. The only cover, Black Maria, is a beautiful lush version. Woods does a great job creating blues with a rock edge – or is it rock with a blues edge. Whichever way it falls, the combination is sure to please blues-rock fans. Pick up your copy of the album at https://timwoodsmusic.com/ and check out his touring schedule for the next couple of months. I have the feeling he delivers a great show. 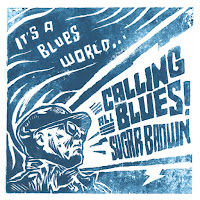 Sugar Brown – It’s A Blues World…Calling All Blues!
Okay, I have to be honest (as I always try to be, fingers crossed), I was not familiar with Sugar Brown, but became fascinated when I read his biography. An American born to an immigrant Japanese mother and father, who is now living in Toronto, where he is a professor of history at a major university by day and a strong multi-instrumentalist on the blues scene by night. He’s been a finalist at the IBC in Memphis and this is his third album – and I’m looking for the first couple, because this one is one of my favorites so far this year. I’ll be playing a lot of his songs in the near future if I can get it out of its permanent position in my car stereo. If you’re intrigued, great! Go to http://sugarbrownmusic.com/ for more information, but trust me, just go ahead and order the album. You’ll be glad you did! 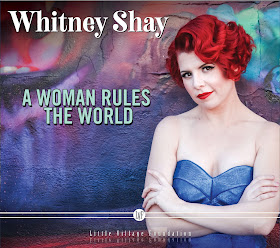 Whitney Shay – A Woman Rules The World
Oh woman is this a great album! Shay has a great voice and she’s surrounded herself with some amazing musicians including Jim Pugh on keys, Kid Anderson on strings, Sax Gordon on what else, saxophones, Kedar Roy on bass, and even Igor Prado joining in as a guest on one song. But even with that line up, it’s Shay’s voice that is the undisputed star of this swinging blues album. You better believe that she is going to be appearing on our show – A LOT! Fair warning. Pay her a visit at her place on the world wide web https://www.whitneyshay.com/ and get the album, and for gosh sakes, go see her live.
Okay, there’s four quick and dirty takes on albums and artists. Please come back every day to see what’s going on in the world of the blues. And if you are an artist that wants to see me write about you or play you on Time For The Blues, send me your material to the address below.

WCVE Music
23 Sesame Street
Richmond, VA 23235
Attn: Time For The Blues / John Porter
And if you have old blues, Americana, Roots, Jazz, or whatever CDs lying around – maybe you’ve gone digital or vinyl or 8-track and have all and have a bunch of CDs taking up space – we can help. We’ll take them to help build up our library for future shows. Reduce clutter and preserve the blues. It’s a win-win proposition. Same address as above.
PS – Our address really IS on Sesame Street believe it or not. Big Bird is here, so is Cookie Monster, Bert and Ernie.