Kat Riggins ~~ In The Boys’ Club 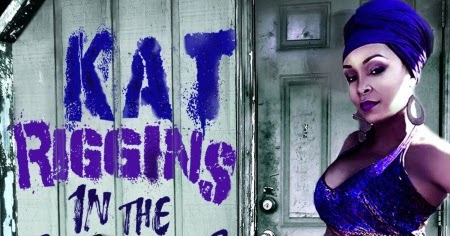 It was just a couple of years ago that a Kat Riggins CD landed on my desk and I loved her voice. She could go from smoky to diamond edged and her phrasing was sweet and soulful. I liked that album, Blues Revival, very much, but when it hit we really couldn’t feature more than a couple of tracks due to time.
When her newest album, In The Boys’ Club, finally got played, I was blown away. The twelve songs on this album in turn are soulful, sweet, sassy, edgy, and downright explosive. She’s surrounded herself with great musicians including Darrell Raines on guitars and keyboards; George Caldwell on bass, Johnnie Hicks on drums; Josh Rowand on lead guitar for the first two songs; Albert Castiglia on lead guitar and duet vocals on one song; and Clay Goldstein on harp for three songs.
The album starts out with the soulful Try Try Again and right out of the gate Riggins rocks with her vocals. She shows her edgier side to start off and it’s an exciting way to kick it off.
The second song starts out with the sound of a record needle hitting vinyl. Troubles Away has got a nice old school feel to it and Riggins shows her versatility. Josh Rowand plays some nice guitar and the song would be at home on a front porch or a stage. Just might have to play this one on the show.
Riggins slows things down on Hear Me and delivers a smoldering burn of a song. I absolutely love these kinds of songs and will definitely be putting it on my personal playlist. This is the kind of song that can make an entire album worthwhile. So far, so do all of the other songs…
She and the band get back to swinging on the follow up song, Second To None. It’s got a nice Chicago feel to it and the sound is thick and boisterous. This is a fun one to play and I think I’ll be sharing it soon. She keeps the fun going with Tightrope. It’s funky and fun to listen to. These two back to back are a great combination.
Master guitar slinger Albert Castiglia guests on Kitty Won’t Scratch, playing lead guitar and supplying the male vocals. The two trade lyrics and the energy is high. Great song and I can’t wait to share this fun team up!
Next up is a cool shuffle blues, Cheat Or Lose. The lyrics are good and the song should satisfy just about any blues lover. We’re past the halfway point of the album and Riggins is showing no signs of letting up. This album is great and I’m certain that it will be showing up on my “best of” list at the end of the year.
The next song, Johnnie Walker, starts out with some heavy duty vocals that stretch the blues through rock and get close to metal sounds. If you’re looking for a quiet front porch delta style song, keep looking. This one is for the rockers and if you like your blues with a rock edge, check this one out pdq.
She’s back with some sass and attitude on Don’t Throw Me Away. It’s the kind of song that Ruth Brown could deliver with such aplomb and Riggins ain’t too shabby with her delivery either. The more I listen to this album, the more I’m inclined to pull her previous album off the shelf and really get into her music.
Next up is a rocking number, Fistful Of Water, that strains Riggins’ vocals right to the breaking point. This one may not be for the blues purists, but if you enjoy a heavy rocker sound to your tunes, this is the kind of song you will like. Drummer Johnny Hicks gets a good workout and the guitar work is exemplary.
There’s an interlude that follows that features Riggins doing an acapella testimony. It’s not listed on the album but it shows the beautiful depth that Riggins has. She handles the testimony very well and it’s obvious that she grew up singing gospel. A lovely 1:12.
She gets back to the songs listed on the CD cover with Live On. There’s some nice harp work from Clay Goldstein and the song has a rocking feel to it even with the harp. Good song, fun to listen to, but it’s a little overshadowed by some of the stronger songs on the album.
She finishes up with the title track, A Girl In The Boys’ Club, which features some studio chatter as they start up the song. This is a solid women’s empowerment song and long overdue in my opinion. Great harp work from Goldstein gives the song some backbone along with Riggins’ vocals. Listen for it on the show, it’s coming soon.
If you are not already a fan of Kat Riggins, this just might be the album that changes your mind. She displays her versatility and delivers songs that rock and can make you cry. On her last album, we only got to feature one or two songs on Time For The Blues, but In The Boys Club is so strong, we could play just about any song from it and be happy with the result.


In the meantime, look her up on her website, and be sure to catch her live whenever you get the chance. I, for one, can’t wait to see her perform, these songs are electric!
Posted by John at 8:50 PM