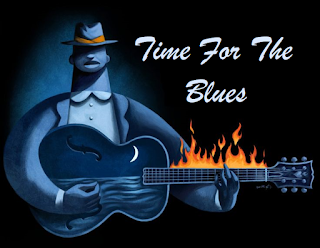 We’re back! After bouts with the flu and other upheavals too many to mention here, Henry and I are back at full strength, and hope you are as well. We hope you will join us this Saturday night at 11 eastern for a great show featuring music from a couple of artists who rolled through town recently, some new music, and we remember an old friend that we recently lost.

First up, we’re going to sample a few tracks from Tinsley Ellis’ latest album, Winning Hand, which marks his return to the Alligator label. It’s no secret that we’re both big fans of this hard working, hard driving blues rocker and we’re delighted to see that he’s back on Alligator. I’ve been following Ellis for a number of years now, and caught him several times live in the area. Unfortunately, I had to miss his recent performance at The Capital Ale House due to that nasty flu, but I heard it was one of the best shows of the year so far.

Not only do we have three songs from Winning Hand to share with you, but we’re also going to reach way back to another one of his releases from Alligator, Trouble Time, so you can compare the evolution of his sound.

Speaking of The Capital Ale House, the night after Ellis was there, Popa Chubby blew through town. Two amazing blues guitarists and performers back to back, thank you Capital Ale House for bringing these artists to town. Chubby has just released a new CD, Two Dogs, and he’s out of the road promoting it and pretty much burning down every place he plays.

We’re glad to bring you this new album, as it features some of his strongest work to date.

You know we’re not through yet. Our new selection contains work from two female artists who will be featured on later shows: Ghalia Vauthier, a Belgian who teams up with Johnny Mastro and Mama’s Boys on a fantastic album, Let The Demons Out; and Heather Newman, normally the bass player for the great Nick Schnebelen, on her debut album, Burn Me Alive. Those two albums are available on Ruf and VizzTone respectively.

How impressive are they? I actually paid full price for Ghalia’s album and actually got in touch with Ruf Records’ American office to tell them how great the album was. I can’t say that I had anything to do with it, but the company then upgraded their marketing push so that other producers could share her work.

Another “new” release actually dates back to the 1970’s. The era of CB Radios, disco, and punk, also saw the first release from Johnny Nicholas. Nicholas released one album in 1978, Too Many Bad Habits, on Blind Pig Records. Shortly after that, he joined the group Asleep At The Wheel and his solo record went out of print. I had always heard how good the album was, but had never owned a copy myself. Imagine my surprise when one showed up in my mailbox complete with other recordings that were made at the same time.

After 40 years of languishing in a vault somewhere, we are so happy to share one of the songs from the album with you. Enjoy.

Lastly, Henry and I faced a very difficult Christmas. The entire WCVE family was dealt a terrible blow when we suddenly lost our colleague, George Maida. George has been a fixture of the station for over three decades and been a friend/brother to Henry and me for many years. When I came to work at WCVE some almost 24 years ago, George was one of the first two people I met and he made me feel welcome.

Our offices were always near each other, either next door or across the hall and there were many continuing discussions on a variety of topics including movies, conspiracy thoughts, television, religion, food, cats, and of course, music. George was a great champion of local music, a passion that Henry and I also share, and it was always fun as we tried to scoop each other with new finds.

Up until his passing, George’s program, The Electric Croude preceded ours. The Croude was his true love and he poured himself into every show, mixing musical genres like an alchemist and creating new sonic landscapes every week. You never knew what direction his program would take, it might be Anglo-Celtic, or progressive, or Brazillian folk, or even the Go-Go’s and it would all be accompanied by his ever faithful companion Hermie The Wistful Cricket.

The station has remembered George with a moving memorial service, and the local roots music community has done the same with a concert that featured several of George’s friends, and even a selection of music he wrote and performed. Now, it’s our turn. As Henry likes to remind me, he’s got New Orleans in his blood and “we don’t mourn, we celebrate!” So, we’re going to celebrate with a few good memories and three songs that connect us with our good friend and brother, George Francis Maida.

We’ve got everything all laid out and ready to go, all we need is you and a few hundred of your closest friends. You know how to find us, point your browser to http://ideastations.org/radio or join us on one of the Idea Stations: 89.1 WCVN, Northern Neck; 90.1 WMVE, Chase City; and the flagship, 88.9 WCVE-FM, Richmond, where it’s always Time For The Blues! 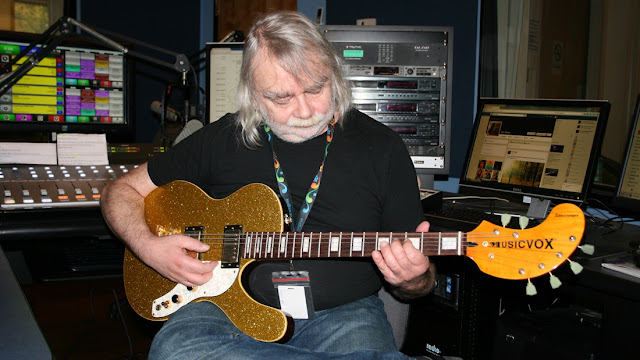 (Photo of George Maida by Marshall Lloyd. Used by permission.)