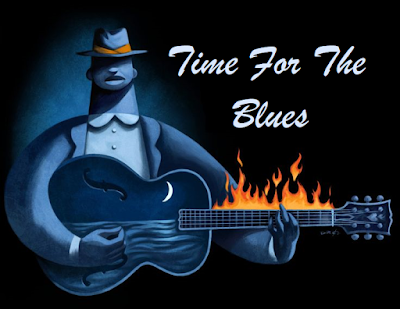 Henry and I hope you will join us this Saturday Night, December 2 – HEY, THAT’S TONIGHT!!! – at 11 as we unleash the latest edition of that Willy Wonka’s Public Radio program that we like to call Time For The Blues!

We’ve got a few tricks up our sleeves and plenty of great music to make up for whatever mischief we’re going to get in to! Do you remember what would happen in the elementary school classroom when the teacher stepped outside for a few minutes? Well, that’s how we like to live our lives – and that kind of chaos has become the philosophy of our show.

For this show we’ve got a good friend of ours, Albert Castiglia, who has a hot new album out on Ruf Records. Albert is a wicked guitar player and I’m really proud that we’ve become friends this past year. The album is called Up All Night and it’s produced by triple threat performer Mike Zito. Big Z – not to be confused with former major league pitcher Carlos Zambrano – is a great guitar player himself and he coaxes out some amazing sounds from Castiglia and Company.

We’ve already sampled one track from the album, so tonight we’re going all in and dropping three more for you. Then, just for grins, we’ve got one from his previous release Big Dog.

If it’s guitars that you like, we’ve got another great player for you on the show – Alastair Greene. Greene has been turning in some superior blues albums and has just released a new one called Dream Train on Rip Cat Records. Greene used to be the guitarist for the Alan Parsons Project but it seems like his first love is the blues.

On top of that, we’ve got more great new releases for you to enjoy. We’ve got a soulful new song from the Kenny Wayne Shepherd Band from his latest release, Lay It On Down on Concord Records. Plus, there’s a great song from Al Corte’ from his new album, Mojo, and a sweet cover of a Sam Cooke classic from Chris Daniels and the Kings with Freddi Gowdy.

Since this is a show I put together, I’m delighted to share the talents of some fine women players. We’ve got two great new performers from the VizzTone label (Hello, Richard – thanks for the great CDs): Erin Harpe and the Delta Swingers from Big Road and Casey Hensley from her Live Featuring Laura Chavez album. If you are not familiar with Chavez’ amazing guitar playing, you are in for a rare treat. She’s one of the best working today and she improves every album and live performance where she appears.

Then, we’ve got some very soulful blues from a performer that wasn’t on my radar, Miss Freddye, and once you hear her voice, I think you’re going to fall under her spell the same way I fell. The name of her album is Lady of the Blues, and I think you’re really going to like her style.

While you’re making plans to join us at 11, make sure to make some plans to join the River City Blues Society at their annual Holiday Party! The RCBS Holiday Party is Sunday, December 10, from 3 P.M. to 7 P.M., at The Camel. Admission is $5 for members, $10 for non-members. Parker & Gray and the Tom Euler Band will host the open jam.  You’ve heard both of these bands on Time For The Blues, and I can guarantee you’re going to hear a lot more from both of them in the future! 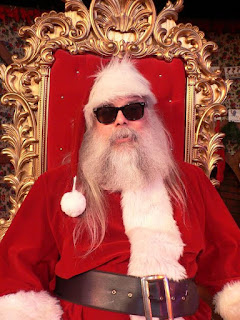 The host and emcee for the event is a certain long-haired Professor who doesn’t know when to shut up. I’m told there will be prizes – I know that there will be the drawing to see who wins the tickets to the next Blues Cruise – and I’ve heard that Santa Blues himself might show up to check to see who has been naughty and who has been nice!

We know that you’ll be kicking yourself all week if you miss all this on Saturday night, so do what you have to do to join us at 11. Sleep late, take a nap, grab that caffeine, just be sure to join us. We’re going to have a great time and we sure would love for you to come along for the ride. You know where we’re going to be, point your browser to http://ideastations.org/radio or join us on one of the Idea Stations: 89.1 WCVN, Northern Neck; 90.1 WMVE, Chase City; and the flagship, 88.9 WCVE-FM, Richmond, where it’s always Time For The Blues! 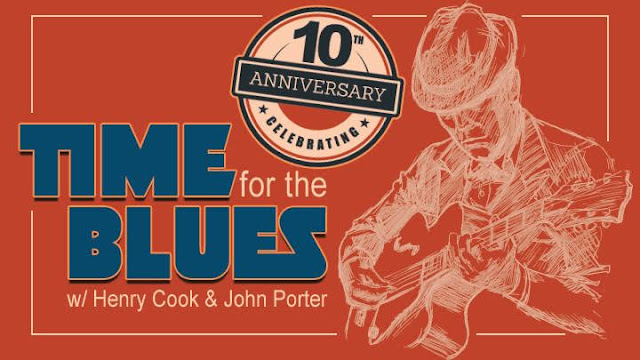