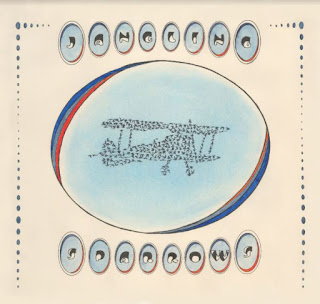 Here’s a warning for my regular blues readers, today’s review is not about a blues band. It’s about a great new release from an Americana Roots band, the Jangling Sparrows who have just unleashed an album titled 140 Nickels.
There’s not much that I know about the group, other than it’s the brainchild of Paul Edelman, a songwriter and poet now working out of one of my favorite cities, Asheville, NC. Asheville is perhaps best known as the birthplace of the American novelist Thomas Wolfe and his final resting place is in a cemetery on the edge of town, and that same cemetery also has the author O. Henry, whose birth name is William Sydney Porter.
I always enjoy the opportunity to be exposed to new to me artists, and since we’ve been stretching out lately to include some non-blues artists, let’s give a listen to 140 Nickels, which translates to seven bucks, the amount that’s usually left in my pocket on the Monday after payday…
The album opens up with the raucous The Party Ain’t Over featuring some acapella vocals and clapping percussion. It reminds me of the way bands would bring a high energy song to kick off a frat party just to get everyone in the mood for a wild time. There’s some great Irish frills to leave no doubt that the Jangling Sparrows are in the room and are going to provide an over the top musical backdrop for the rest of the album.
The band follows up with Look Away Twice, relying on some great percussion to set up the song before the rest of the instruments arrive to complete the number. The accordion stays in the background but adds a spicy zydeco flavor.
Next up is Burnin’ A Hole with a slower tempo, but maintaining the intensity of the previous two songs. While I’m really enjoying the album already, I would truly love to catch the group live to see how they interact with their audience. This song is one I suspect that would cause a lot of nodding heads from the audience as they get into the song. I certainly did. Great song.
Another introspective number, Take Home Your Coat, follows. The lyrics are sweet and painful at the same time. Straddling the fine line between country and blues, it’s a satisfying song that creates a melancholy feeling and shows that the band is not a one trick pony, but one with depth and passion.
After that is Ain’t Waiting For The Paint To Dry, with a nice opening. The organ adds a little gospel flavor and Edelman’s vocals are strong. There’s a plaintive harp that adds a lost feeling to the song. One thing about Edelman is the poetic nature of his songwriting. He finds new ways of expressing universal feelings and the music behind it frames his words beautifully.
One Good Piece Of Advice starts out with some guitar and accordion giving us a nice rock and roll and zydeco mix. The Jangling Sparrows are not shy about mixing musical genres to create their own sound. This another song with a great rhythm for dancing and exciting a crowd.
The next track, Great American Limbo, starts off with a sweet country groove and Edelman is in good voice. There’s a tightrope that artists often walk with country, and while I am a fan of classic country, I’m not as big on so-called “modern country,” and this song leans more towards the classic sound. Love the guitar work and especially the bass in the song.
After delivering a beautiful country song, the band drops the next song, Cheaper Down The Road, with some cool funk in the bassline. Don’t fret, while the bass adds a little punch, the song is dark and mysterious for the most part and the kind that just about everybody will find something that draws them in to it. Solid drumming and great guitar fills keep the song moving at a brisk pace.
The following song, Eyes Of A Stranger, is a sweet ballad and a real change of pace utilizing acoustic guitar and vocals before bass and accordion join the music. The lyrics are poetic and it’s the kind of song that just makes your heart swell. This is music for the soul and a welcome addition to my playlist.
As The Jangling Sparrows seem to love that party sound, Catch That Ride, is a zydeco flavored number that has a strong but somewhat subdued backbeat. Once again, the lyrics are fresh and the music is fun. I repeat my earlier wish to catch this band live – they seem like they would be a fun group to watch and I can guarantee that folks will be springing up to their feet and shaking what they’ve got!
The album closes on Pops Is Comin’ Up, a languid number that leaves us with a taste of country. It’s melancholy and contemplative and contains my favorite line on the entire album, “He’s got a heart like an Irish woman’s ass.” It’s one of those lines that very few people could write and it fits the song so perfectly.
If you’re still reading this review, thank you (I know many of my readers are tried and true blues fans), you might want to expand your library to include some Americana and you just might find yourself enjoying The Jangling Sparrows. I can tell you with no hesitation that 140 Nickels is going onto my personal playlist and I’ll be cranking up the volume.


Give them a chance, and check out their little corner of the world wide web at https://janglingsparrows.com/ to look at this – or earlier – material and also to see where they might be appearing next. And if you’re ever in the vicinity of Asheville, NC, be sure to stop in, enjoy the scenery and the various wonderful artists that the city has to offer. It’s one of my favorite places on earth.
Posted by John at 9:22 AM