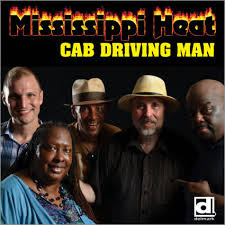 
They are often out on the road somewhere, not only here in the United States, but they are very much in demand in Europe. So, European readers, if you catch them somewhere near you, please send me a report. In the meantime, everybody should check them out at http://mississippiheat.net/ to see where they are going to be and to pick up merchandise.
Posted by John at 12:00 AM