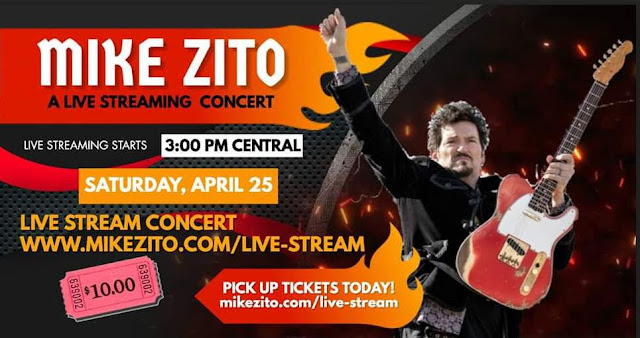 There is no doubt that Coronavirus, aka Covid 19, has disrupted all of our lives. I’m not getting into any politics, just stating a fact. A few states are starting to allow some business openings, including bowling alleys so you might finally be able to pick up that 7-10 split. If you do go, BUY YOUR OWN SHOES and bring your own ball.
You can thank me later.
Bowling alleys aside (and I have spent many hours displaying my unerring accuracy in tossing gutterballs with either hand), no one is opening up clubs or festivals. For artists, this means they are still locked out of a large chunk of their income.
But artists are nothing if not creative and resilient. So many have taken to the internet to
play concerts with information up as to where to make donations to the band. The average blues fan can, on any given night, find great shows with top artists who otherwise might not make it to their towns.
Even after the virus restrictions lift, it’s impossible to tell what venues will still be operating (we hope all of them). Artists are going to have to do a lot of rebooking and hope that their audience will feel comfortable attending shows.
With most of these on-line shows currently, the band plays and hopes that people will do the right thing and contribute a few bucks. This is basically the same model that National Public Radio uses. The entertainment is out there, and if you find that it’s important to you, please send in your pledge of support.
But as Nobel Prize Winner Bob Dylan said, “The times they are a-changing.”
Coming up this Saturday, April 25th, at 3:00 p.m. Central Time (that’s 4:00 p.m. for us Eastcosters), the sensational blues-rock guitarist Mike Zito will present a Live Streaming Electric Band Blues Concert on his website. In case said website is not in your address book, you can find it here.
This is not going to be the usual web show. Zito explains, "This will be a two-camera, pro sound event," Zito says. "It's easy to buy the ticket ($10.) and watch - just join my website and pay for the ticket. The show will air at 3:00 p.m. Central Time on Saturday. It'll stay up on the website for 72 hours, so folks that miss viewing it initially can still see the show."
Take it from me, ten bucks is not much to catch a show of this magnitude. Zito will be joined by Carl Richardson on bass and Tod Stark on drums. All of this is going to be broadcast from Zito’s home studio in Texas. 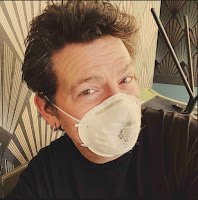 Zito and company have already been helping out during this time by recording an album titled Quarantine Blues, which is available for free download here.  Zito recorded the album with his touring band of Matt Johnson, Doug Byrkit, and Lewis Stephens when their 30-city European Tour was scuttled by the Coronavirus Pandemic.
There are so many shows one can check out, but this is the one that’s going to get my sawbuck. While you’re there on his website, you might want to pick up a few of his other albums. My collection isn’t complete, so I’ll be doing the same thing!
PS-please let me know if you or your band will be doing any web shows, as I am trying to keep up with all of them. I would like to start keeping a calendar so send me the info: Who, What, When, Where, and Website! Drop a line to timefortheblues@gmail.com

Deltaphonic ~~ The Funk, The Soul & The Holy Groove 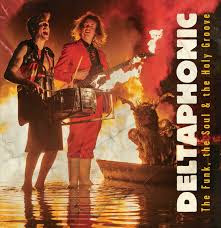