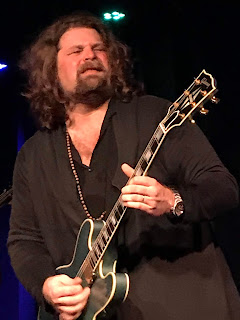 It was a mild February night, the kind of day when you know the whispers of spring are not old man winter’s lies any longer. Robins gather in groups and do their best to scrounge food and one starts to notice that the grass is starting to look green. Even with the knowledge that there’s still one more snowstorm that’s lurking around the corner, this day is so good you want to get out and listen to some great music with a roomful of strangers and friends.
For this night, I took in a wild performance at the Tin Pan by JD Simo, a large animated guitarist and vocalist joined by a rhythm section of drummer Adam Abrashoff and bass player Andraleia Bush. Abrashoff has long been associated with Simo, and despite the fact that Bush has only been with the group for about 20 shows, her bass playing was stellar and provided a great backdrop that allowed Simo’s guitar to soar. 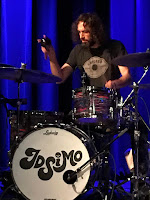 The show started when Abrashoff walked onto the stage in camo pants and t-shirt looking like a punk rock Jesus, and immediately began creating a driving rhythm moving in and out of riffs, utilizing his kick drum, hi hat, cowbell (yes, more cowbell), his drums, cymbals, maracas, and whatever else he could hit that makes noise. While he was playing, Bush stepped up on the stage and began to add her bass. Bush was dressed in coverall shorts under a beautiful red jacket, and a black hat that matched her black choker. The choker had a crescent moon that was only slightly smaller than the real moon. 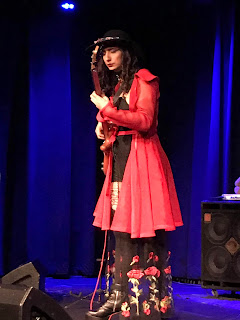 Did I mention that she plays bass like a demon? She’s got a strong grasp of the rhythm and supplied a bass line that was funky, soulful, and rocked for 90 straight minutes.
They were then joined by Simo himself wearing a long coat over an all black outfit and the trio launched into a 20-plus minute jam intro that electrified the small but appreciative audience. They received several ovations to celebrate some outstanding lead work by Simo and Abrashoff.
Both Simo and Abrashoff were very animated in their playing, each moving as the music moved them. Bush was still, the calming member of the group, conserving her energy and letting her bass take her share of the spotlight. In a discussion later with Bush, she did tell me that she is usually “all over the place” while playing, but tonight she was afraid that the jack to her amp would break if she moved too much.
Once the intro played out, Simo started calling songs and led off with a great version of Slim Harpo’s Got Love If You Want It complete with some sweet slide work. He followed up with a Magic Sam cover and right away the audience was under the band’s spell. At this point, it was obvious that Simo and Company appreciated the classic blues performers, but they were adding their own rock or even jazz touches to the songs.
They followed up with a couple of mellow songs in order to add contrast to their performance and that included an extended bass lead for Bush and drum solo for Abrashoff. After that, Simo stepped to the front and began to perform Sweet Little Angel without a microphone. He even broke a string at one point and had to spend a little time talking with the audience while he changed it to play the last song, With A Little Help From My Friends. Simo channeled Joe Cocker to deliver an outstanding version that caused several people to rise to their feet in a long ovation.
Weekday concerts are always a roll of the dice. Many people will hold off simply because they need to get up early for work or school. The audience at the Tin Pan this evening was small but mighty. Any people who were there who were not already fans of JD Simo became one that night. The group is a strong addition for blues rock fans, and an even stronger addition for those who like some psychedelic pyrotechnics in their music.
I will definitely keep them on my radar, and I think you should as well. 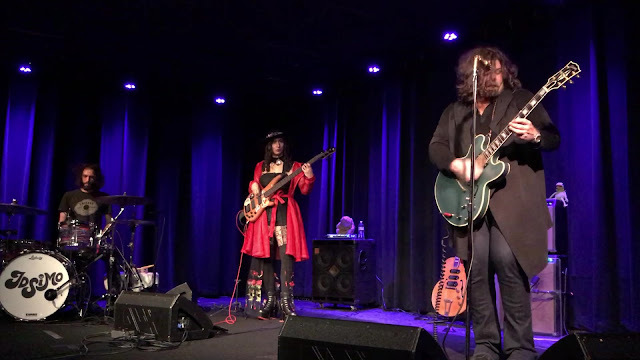 (All photos by Anita Schlank. Used by permission.)
Posted by John at 10:34 AM 1 comment:

Conversing With The Blues ~~ Ellen Foster and American Music Educators 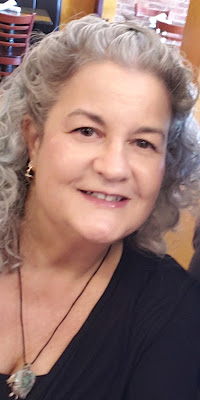 Any blues lover in the state of Virginia has long known Ellen Foster. She was the driving force behind the River City Blues Society, the blues society that serves the Richmond city and surrounding areas. She’s also been a staple at nearly every blues show and festival in the state, and even beyond.
Foster is a true lover of music, not just the blues, although that occupies much of her time and talent. Recently she stepped away from her role as President of the RCBS to pursue her passion even further. Below is an interview we conducted about that new direction.
Porter: Welcome to Conversing With The Blues. I’m John Porter, the co-host of Time For The Blues, heard on WCVE-Music in Richmond, VA and the internet on htttp://www.ideastations.org/. My guest at this time is Ellen Foster, and she is here to discuss the work of American Music Educators. Thank you for joining us.
Ellen Foster: Absolutely, I’m excited to talk with you.
Porter: I’m thrilled to have you here. Would you start off by telling us, what is American Music Educators?
Ellen Foster: American Music Educators is an opportunity for artists to share themselves. It’s a curated group that we chose because we know that they have the ability to educate and already have experience in that. The idea behind it is to share themselves – their knowledge, their experience, even their abilities – everything they’ve learned throughout their lives and not just in blues, but in the world of music. We’re trying to broaden it beyond blues.
Porter: What direction are you taking it beyond the blues? Americana?
Ellen Foster: Americana. Jazz. The idea that we have artists that can talk about the world of civil rights. We have artists that talk about African music and Creole music. So it’s not just blues, but it’s a broader sense of American music, even broader than Americana.
Porter: So you’re looking at it then as a social construct where you’re exploring the music that shapes our culture?
Ellen Foster: Absolutely. That’s a huge part of it because we believe that our music in any particular decade, sometimes the history comes first and sometimes the music comes first.
Porter: Who is involved? You mentioned you have a number of other people helping you.
Ellen Foster: Well, the most important person is my business partner and the person who really came up the idea, Tina Terry, who has been in this business for 25-some years as an agent and a manager before that. We wanted to find a way to broaden the opportunities for our artists, but also teach the world.
Porter: I like that idea. Tell me about your artists. Who’s involved?
Ellen Foster: One you know very well, Gaye Todd Adegbalola, everybody knows her from - 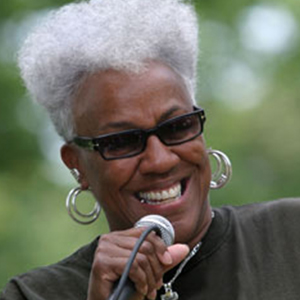 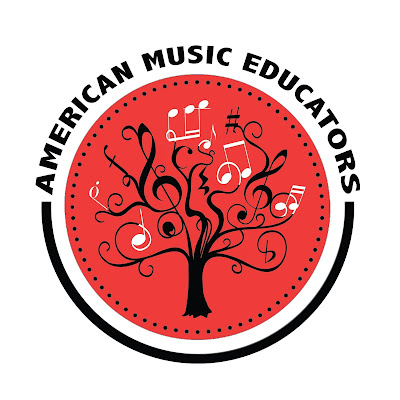 Head Honchos ~~ Bring It On Home 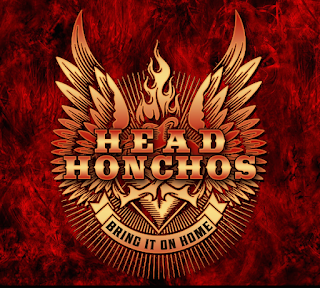 Getting this blog up and running again has taken more than a few twists and turns lately. Fortunately, there are a number of good people who remind me regularly that I need to get back to it. All I can say is, I hear you, and I will make a concentrated effort to post more reviews and interviews here and migrate everything to my website when it is up and running.