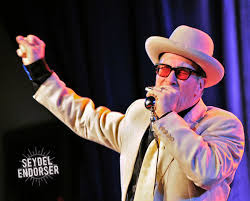 Harp master Mark Hummel and his backing band The Golden State Lone Star Revue arrived in Richmond’s West End and delivered a great blues show for a small but enthusiastic audience. Hummel, who has been leading bands and recording for years, is a Grammy-nominated and Blues Music Award-winning artist who is well versed in all forms of the blues, and makes it his mission to preserve that old-school sound.
That doesn’t mean his shows are museum pieces, no, he and the band swing hard and play strong danceable music, he just likes to find that cool West Coast sound with strong mixes of Chicago jump and Texas rhythms that will get into your soul and move you in ways many other bands can’t.
Last night they rolled into Buz & Ned’s Real Barbecue for a late show, taking the stage at 9 o’clock, sometime after the dinner rush had wandered out, leaving an audience of blues fans who hung on every note.
The Golden State Lone Star Revue consisted of three strong players: Mike Keller on guitar and the rhythm section of Wes Starr on drums and R.W. Grigsby on bass. Starr and Grigsby began playing together in high school and they were able to put a deep pocket into a song that allowed Keller and Hummel to take great leads on both guitar and harp respectively.
Most of the time Anson Funderburgh would be with the band, but due to scheduling difficulties, Funderbrugh was unavailable, but Keller is a monster guitar player and he took over the six-string chores without missing a beat. He took several extended breaks throughout the night and rocked them all beautifully.
Hummel and company kicked off the show with a great cover of My Love Is Here To Stay before moving on to a rocking version of Howlin’ Wolf’s Shake For Me. After a few minutes connecting with the crowd, they played a great version of Gatemouth Brown’s Midnight Hour before taking a quick detour to the Peach State for a rousing version of Georgia Slop.
While the band has been hot so far, Hummel took it higher with an amazing break on Percy Mayfield’s Never No More. While he would continue to provide great breaks throughout the night, this is one that caught everyone’s attention and Hummel received some extended applause for his effort.
The first slow blues song of the night was What’s That She Got which featured great guitar and harp breaks and they followed up with Pepper Mama Blues. Hummel wasn’t using a playlist for this show, he and other band members were tossing out suggestions based on audience response and the next song was from his Grammy Nominated album, Remembering Little Walter called I Got To Go.
That album featured several great harp players interpreting several different Little Walter tunes and the result is one of the best albums of 2012.
He followed up with a tribute to his old friend, Billy Boy Arnold, Aint’ Got You, and a rocking version of the recently passed Fats Domino’s Reading, Willing And Able. As there was no barrelhouse piano in the group, Keller took the lead and gave the song a nice twist.
The band kept moving with Blues Stop Knockin’ and Detroit Blues. The latter song was written by bass player Grigsby. From there, they played a great slow blues tune, You’re Breaking My Heart.
Hummel stepped back from the microphone to just play the harp and Keller stepped up to sing Baby Lee by John Lee Hooker and Just Keep Loving Her. As the night was winding down, they finished up with the Mose Allison song, Stop This World with a great call and response run between the guitar and harp, and The Hustle Is On.
There was no way the audience was going to let them go without an encore, so the band obliged with a hot instrumental, Walkin’ With Mr. Lee.
Hummel seems to always be on the road. I wonder if this is a problem for all blues artists? Is there enough of an audience to make it possible for these guys to play to larger audiences and support themselves without traveling 200 plus days a year?
I truly hope more people discover the artistry of Mark Hummel. He plays a mean case of the blues and he’s surrounded himself with strong sidemen who make every player sound their best. Maybe it’s a matter of perception, but the challenge comes to us to encourage more people to come to a show and discover what it means to be a fan of the blues.


Mark Hummel and the Golden State Lone Star Revue are welcome to come back any time, and when they do, I will do everything in my power to get the word out! I hope the other members of last night’s audience will do the same.
Posted by John at 12:31 PM No comments:

Harpdog Brown ~~ Travelin’ With The Blues 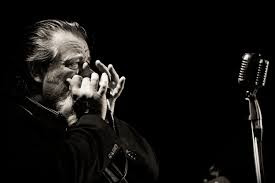 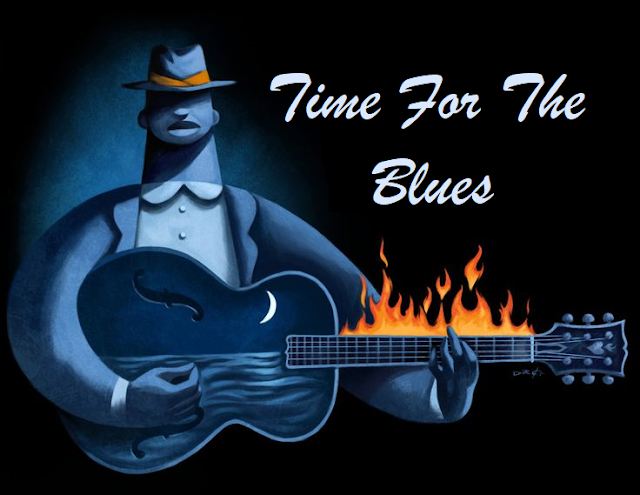 Henry and I hope you will join us this Saturday night, October 21st, at 11:00 as we unchain the howling beast known as Time For The Blues! I guarantee we’ve got some fresh tunes for your listening pleasure and I’m sure our jokes will be as bad as always.

It’s been a wild Autumn so far, more like a sequel to summer than a separate season, and I have been busy sifting through the large collection of new CDs that have gathered on my desk. So many good albums to listen to and share with you. I’m glad to finally be able to get back to reviewing them – so keep coming back to see what’s new and what might appeal to you. 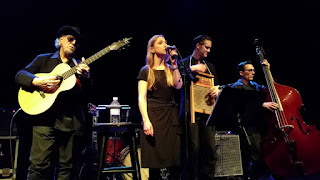 Our first special feature focuses a spotlight on Eilen Jewell and her superb new album, Down Hearted Blues. I’ve been talking a little bit about Eilen lately because of her great live show that I caught when she came through town and while this is her first foray into the blues, I sincerely hope it won’t be her last. She has a great voice and her band is extremely tight and they deliver some excellent interpretations.

One thing about Jewell is all of her previous albums are deeply rooted in roots music and the blues are a major component of that genre. It’s always been something that was at the heart of her music and I am delighted to hear that she has given voice to these great songs. I love what she does and think you will too. 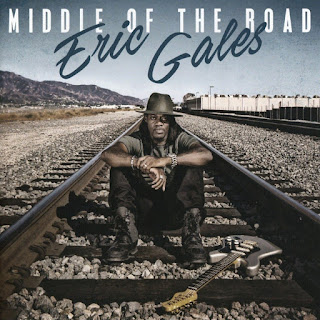 Next up is a long overdue look at Eric Gales, a hot left-handed guitar wizard who was a member of The Gales Brothers before going solo. His latest release, Middle Of The Road, is available on Provogue and has been on the major charts for a while now. As you know, I am either jump the gun early or fashionably late with just about everything, and this time I am definitely the latter.

Gales is a strong songwriter and performer and this album represents some of his best work to date. The man has got some serious power and I’m glad I finally made sure to get him on the show. We’ve even got a song where he teams up with Gary Clark, Jr on a well-known number, and a nod back to the group he formed with his brothers a few years ago.

Plus we’ve got lots of newer releases for you to sample. Who do we have, you ask? Well feast your ears on the likes of Trevor Sewell from his latest CD, Calling Nashville: An American Adventure and the terrific sounds of Mindi Abair and the Boneshakers. Both of these performers’ latest albums are highly placed on all the major charts and I know you are going to enjoy them.

Rolling in like a cool breeze from Canada is Jason Buie who drops in a beaut of a song from his new album, Driftin' Heart. You know, we’re getting so much great music from Canada, and since we’re expecting a new release from Downchild (Blues Band), we just might have to do an all-Canadian version of Time For The Blues.

Will that step on the toes of our World Music Host, Ian Stewart? Tune in to see how that battle goes…

And there’s still more! I can’t wait to play some more of the soulful of Johnny Rawls, so I won’t. We’ve got another selection from his great album, Waiting for the Train, and a wickedly funny tune from our new friends Cassie Keenum & Rick Randlett from their independent release, Hauntings.
So, do what you have to do to join us at 11. Sleep late, take a nap, grab that caffeine, just be sure to join us. We’re going to have a great time and we sure would love for you to come along for the ride. You know where we’re going to be, point your browser to http://ideastations.org/radio or join us on one of the Idea Stations: 89.1 WCVN, Northern Neck; 90.1 WMVE, Chase City; and the flagship, 88.9 WCVE-FM, Richmond, where it’s always Time For The Blues!
**Recently I’ve been adding shows to the bottom of this missive and I’ll continue to do so. But if you want to check out my new blog of shows from all around – I would appreciate it if you would take a few minutes to check it out here. Any suggestions and additions are appreciated, just drop me a line at timefortheblues@gmail.com.

** Here are some great shows coming to your area! All dates are subject to change, so check with the venue for all the correct information**