Lighthouse Sweden ~~ Silence In The City 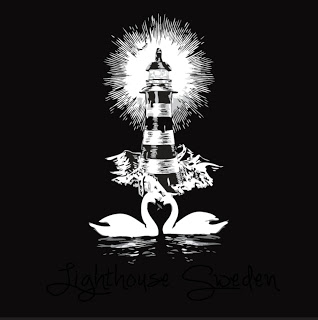 Personally, I don’t know much about Sweden, although it is a country that I’ve always wanted to visit. One thing I do know is the country has a vibrant musical scene with a lot of great musicians and singers covering everything from folk to rock to heavy metal and everything in between.
“In between” is a great way to describe Lighthouse Sweden, a five-member band that works primarily in the folk-rock arena while turning out some wonderful Americana roots music as well. Their latest album is Silence In The City on the Moody Maraccas label. The band consists of Linda Brandemark on acoustic guitar and lead vocals; Mats Brandemark on guitar and lead vocals; Tobias Bergström on guitar; Thomas Björklund on drums and vocals; and Marc Gransten on bass and vocals.
Guest artists include Johan von Feilitzen on drums, percussion, electric guitars, keyboards, strings, harmonica, and vocals; Martin Högwall on mandolin and lap steel guitar; Sven-Olov Kontio on pedal steel guitar; Magnus Larsson on lap steel guitar; Derrick Big Walter on harmonica; and Olaf Slund on saxophone.
All eleven of the songs were written by the tandem of Linda and Mats Brandemark and Gunnar Hofverberg. 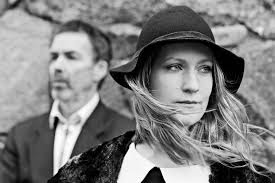 Almost immediately there are some beautiful vocals on the opening song, Love Can Seriously Damage Your Heart. The husband and wife team of Linda and Mats Brandemark blend their voices like they’ve been doing it all their lives. The song has elements of that California pop sound, and a couple of wicked guitar breaks. It’s a gentle reminder of what music was once like.
They follow up with Neon Signs, a song with a little more intensity and Linda takes the lead vocals. She’s got a beautiful voice and while the song is still in a pop vein, the lyrics are darker and take the song into a different direction.
The first song that utilizes blues motifs is Everybody’s Been A Fool. Mats takes over the vocals with a low menacing growl. The bass line is unrelenting and there is an underlying feeling of darkness on the song. They’ve added a harp in the background to give it a little flavor. Good song.
Easier To Lie is a lovely country inspired number that features Linda’s lead vocals and some delicious lap steel guitar. I could see this song getting some airplay on the alt country stations. Frankly, Lighthouse Sweden does it better than most of the groups I hear over the air currently. I like their sound a lot.
They even get funky on Hole In My Soul. I honestly did not expect that after four songs of gentle pop influenced numbers, they unleash this one. As with many funk songs, there is an underlying influence from the blues and you can hear that in Linda’s delivery of the vocals. Very cool and surprising number.
They keep things rocking with the next track, Silver & Gold. This is a throwback to a driving blues rock number with a lot of energy. This is one that could garner some airplay on the blues stations and listen for that great harp in the background. I really like this one, and you’ll be hearing it soon on Time For The Blues.
The title track, Silent City, is next. It’s got more of a country feel to it, but Linda’s voice is beautiful and her delivery is spot on. I think this is a gorgeous song, definitely not blues, but it’s still a song that’s going to be on my playlist for quite a while.
Mats takes over the lead vocals on Used To Be Lovers. While the lyrics belong to the blues, the music and delivery are much more pop oriented. It’s another one though that is a great listen and I’ll be keeping it on my playlist as well. The album is not strictly one genre over all others, so, if you don’t mind an eclectic mix, this is a great album for you. If you want only one style, you might be disappointed.
More country flavored folk music follows on Can’t Find My Way, which also features Mats on lead vocals. It’s a cool song and the music is fun. They obviously listened to a wide range of American music growing up in order to be able to present it so well.
Some pedal steel guitar introduces Window To The Sky, and Linda’s vocals take it over from there. She does a great job with the country Americana and I have to wonder what would happen if the band were to come to Nashville and record a flat out country album. They’ve obviously got the chops to make a great record and they just might find themselves in front of a larger audience.
They close the album with Angel, with Linda continuing on lead vocal. The lyrics are gentle and poetic and the piano adds a nice touch to the song. It’s more folk oriented than anything and it’s a great way to bring this quick album to a close. The music is pared down with none of the songs even going to four minutes. While the pace is not fast driven, the songs are tight and worked down to the last note so there is nothing extra on the songs.
Silence In The City is the second album as Lighthouse Sweden. Both Linda and Mats have recorded before and they are obviously very comfortable with each other as musical partners. They harmonize very well and trade off on lead vocals without one partner taking over the lion’s share.
I’m fascinated by their work and hope to get my hands on a copy of their first album, Lighthouse. I checked their website, http://lighthousesweden.com/, and it looks like their current touring is just in Sweden and the surrounding areas for the moment. They may not come to the States, but if they do, I hope it’s somewhere near me as I really want to see them perform live.