King James & The Special Men ~~ Act Like You Know 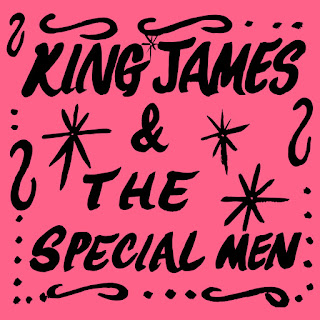 I know one thing; if I ever throw a rent party, I want King James & The Special Men to be the house band. This New Orleans based group knows how to bring the party wherever they go and on their debut CD, Act Like You Know, the energy is non-stop from beginning to end.
King James & The Special Men is fronted by Jimmy Horn on vocals and guitar. He is joined by Ben Polcer on piano; Robert Snow on bass; John Rodli on guitar; and Chris Davis on drums. The killer horn section is comprised of Jason Mingledorff on tenor sax; Dominick Grillo on baritone sax; Travis Blotzky on tenor sax; and Scott Frock on trumpet. Jason Jurzak adds tuba to the song 9th Ward Blues.
There is a special New Orleans meets Spanish guitar flair to Special Man Boogie. It’s a great way to open the album with the Latin rhythms infused into the jazz and blues that permeates the Crescent City. The song lets us know immediately that this is not your typical album and we need to pay attention because the band just might throw us for a loop. Got to enjoy those fat horns.
Next up is Baby Girl, a smoldering number that tears at your heart thanks again to the horn section and Jimmy Horn’s vocals.  Horn stands behind the microphone open and vulnerable and lets us take a listen to the pain he’s singing. Two songs quickly showcase that the band is capable of moving in a number of directions. Like the best New Orleans music, there’s a mix of just about everything in this musical jambalaya.
Some very cool barrelhouse piano mixes with the horns for Eat That Chicken. This is a great song that is an homage to the vastly underappreciated Jessie Hill. This is a quick number at just a shade over three minutes and a lot of fun. I’ll definitely be playing this one on Time For The Blues.
Another slow blistering number follows, Tell Me (What You Want Me To Do). This song reminds me of the best collaborations between Doc Pomus and Johnny Adams, and trust me, that’s high praise indeed. Horn does some of his best vocals on this number and he reaches into the depths of his emotion to bring them out. It’s a lovely, heart rending song and I can only hope that it gets some airplay so more people can hear it.
King James and The Special Men then tell us The End Is Near. This jazzy number celebrates what we need to do if the end is inevitable, and since it’s not going to happen tonight, let the good times roll. I love the interplay between Polcer’s piano and the horn section. It’s a medium tempo, but somehow raucous philosophical treatise on why we should have a good time while we’re here. Like this one a lot, but watch out for that ending, it sounds like Sun Ra has returned for a visit!
The famous, or infamous Ninth Ward of New Orleans is the home of Fats Domino, and the largest of all of the wards in New Orleans. It’s the easternmost ward, and the one that got hit hardest by Hurricane Katrina. 9th Ward Blues is a tribute to that great spot of earth. The longest track on the disc at almost 14 minutes, it’s a wild ride of a song that is pure New Orleans. That is, it mixes together all the styles it can and makes it into a rocking number. Yeah, this jam session of a song is going to be a big hit at my rent party.
Act Like You Know is currently on pre-order and scheduled to release on July 21. In the meantime, if you happen to live in New Orleans, they play all over the place, so keep your eyes open and you just might be able to catch them live. If you do, please drop me a line here and let me know how they sound live.
King James & The Special Men are a great group. They are tight yet know how to improvise. Somehow they have developed a group mind that allows them to know what the others are about to do and they can change directions on a dime and give you five cents change.
Be sure to check them out at their website: https://specialmanindustries.com/ to see where they are playing and to check out their sound. You can also find them on Facebook and you can read more about them at their publicist’s website: http://www.howlinwuelf.com/clients/king-james-the-special-men/.