Jim Roberts And The Resonants ~~ Beneath The Blood Moon 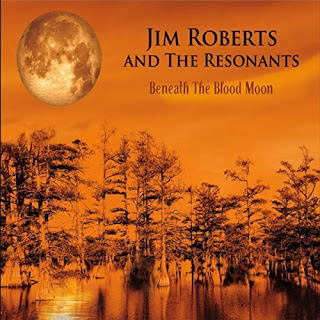 
Roberts knows both the beauty and the danger and it comes through in his music. He makes great use of his slide guitar and cigar-box guitar to create a mood unlike most other performers I’ve encountered. I like it a lot, but I recognize that it may not be to everyone’s taste. I suggest you head to his website, https://www.jimrobertsandtheresonants.com/, and listen to the song he has posted to see if it’s your cup of moonshine. If you like it as much as I did, hunt down the album at one of the usual outlets and get yourself a copy.
Posted by John at 12:00 AM