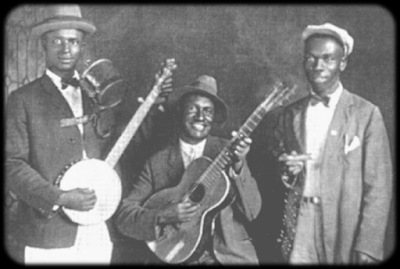 Born on a plantation in 1883 in Red Banks, Mississippi, Gus Cannon moved a hundred miles to Clarksdale, then the home of W. C. Handy, at the age of 12. His musical skills came without training; he taught himself to play a banjo that he made from a frying pan and a raccoon skin. He ran away from home at the age of fifteen and began his career entertaining at sawmills and levee and railroad camps in the Mississippi Delta around the turn of the century. While in Clarksdale, Cannon was influenced by local musicians Jim Turner and Alec Lee. Turner's fiddle playing in W. C. Handy's band so impressed Cannon that he decided to learn to play the fiddle himself. Lee, a guitarist, taught Cannon his first folk blues, "Po' Boy, Long Ways from Home", and showed him how to use a knife blade as a slide, a technique that Cannon adapted to his banjo playing. Cannon left Clarksdale around 1907 and soon settled near Memphis, Tennessee, where he played in a jug band led by Jim Guffin. He began playing in Memphis with Jim Jackson. He met the harmonica player Noah Lewis, who introduced him to a young guitar player, Ashley Thompson. Lewis and Thompson later were members of Cannon's Jug Stompers. The three of them formed a band to play at parties and dances. In 1914 Cannon began touring in medicine shows. He supported his family through various jobs, including sharecropping, ditch digging, and yard work, but supplemented his income with music. Cannon began recording, as Banjo Joe, for Paramount Records in 1927. At that session he was backed up by Blind Blake. After the success of the Memphis Jug Band's first records, he quickly assembled a jug band, Cannon's Jug Stompers, featuring Lewis and Thompson (later replaced by Elijah Avery). The group was first recorded at the Memphis Auditorium for Victor Records in January 1928. 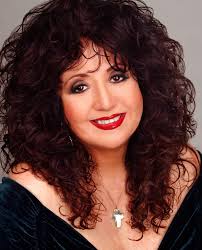 In 1943, the artist would become known as Maria Muldaur was born Maria Grazia Rosa Domenica D'Amato in Greenwich Village, NYC, where she attended Hunter College High School. Muldaur began her career in the early 1960s as Maria D'Amato, performing with John Sebastian, David Grisman, and Stefan Grossman as a member of the Even Dozen Jug Band. She then joined Jim Kweskin & the Jug Band as a featured vocalist and occasional violinist. During this time, she was part of the Greenwich Village scene that included Bob Dylan, and some of her recollections of the period, particularly with respect to Dylan, appear in Martin Scorsese's 2005 documentary film No Direction Home. She married fellow Jug Band member Geoff Muldaur, and after the Kweskin outfit broke up, the two of them produced two albums. She began her solo career when their marriage ended in 1972, but retained her married name.

It Ain’t The Meat, It’s The Motion: https://www.youtube.com/watch?v=hvrupRQD44I 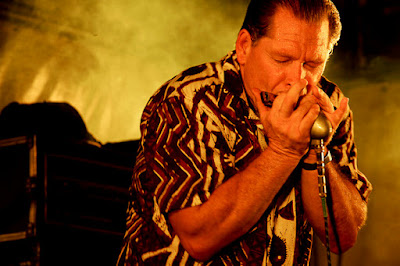 In 1952, harmonica player Steve Guyger was born in Philadelphia, and initially studied guitar for five years before his future sister-in-law gave him a harmonica as a gift. Inspired by watching various blues musicians following trips to both New York and Chicago, Guyger formed his own band in the late 1970s. Personnel came and went and he changed the name of the band to the Excellos in 1980, who steadily built up a growing reputation playing in both Philadelphia and New York. Guyger started backing Jimmy Rogers in 1980, and played with him until just before Rogers' death in 1997. That same year Guyger's debut album, Last Train to Dover, was released. 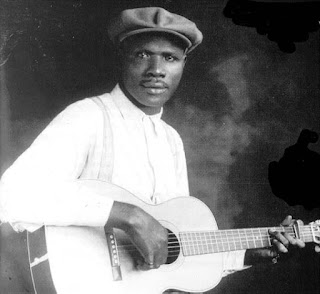 On this date in 1955, Frank Stokes, the man generally acknowledged as the father of the Memphis Blues Guitar Style died in Memphis, TN. Stokes was born in Shelby County, Tennessee, in the vicinity of Whitehaven, located two miles north of the Mississippi line. His parents died when he was a child, and he was raised by his stepfather in Tutwiler, Mississippi. He learned to play the guitar as a youth in Tutwiler and, after 1895, in Hernando, Mississippi, which was the home of the guitarists Jim Jackson, Dan Sane, Elijah Avery (of Cannon's Jug Stompers), and Robert Wilkins. By the turn of the century, at the age of 12, Stokes worked as a blacksmith, traveling 25 miles to Memphis on weekends to sing and play the guitar with Sane, with whom he formed a long-term musical partnership. Together, they busked on the streets and in Church's Park (now W. C. Handy Park) on Memphis's Beale Street as the Beale Street Sheiks and first recorded under that name for Paramount Records in August 1927. Stokes eventually cut 38 sides for Paramount and Victor Records.

Johnny Cash, one of the best known performers of the 20th Century, died on this day in Nashville, TN.    Cash was an American singer-songwriter, guitarist, actor, and author, who was widely considered one of the most influential musicians of the 20th century as well as one of the best-selling music artists of all time, having sold more than 90 million records worldwide. Although primarily remembered as a country music icon, his genre-spanning songs and sound embraced rock and roll, rockabilly, blues, folk, and gospel. This crossover appeal won Cash the rare honor of multiple inductions in the Country Music, Rock and Roll, and Gospel Music Halls of Fame. 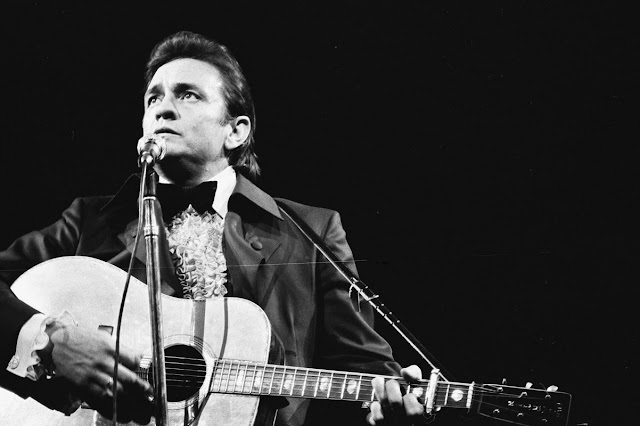