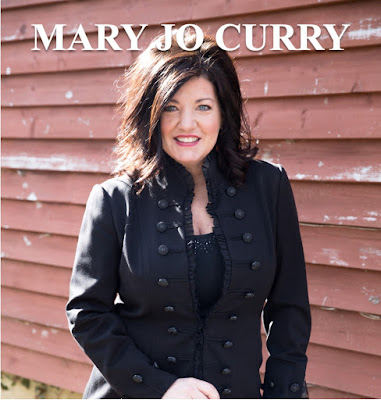 All I can say about Mary Jo Curry is, “Damn! Where did she come from?”
I love it when someone turns me on to talented performers, and let me assure you this is one heckuva talented performer. Curry, who is based out of Central Illinois (unfortunately for me not my usual stomping grounds) and is not only the owner of a fantastic voice, but you can tell that she has unusual poise and uses her theatrical training to infuse great life into her songs and wring every piece of emotion from them.
Curry’s first album, titled MARY JO CURRY, is available from Guitar Angels Records and from Curry’s website. You’ll want to check all the usual outlets to make sure you find a copy and put it in your player immediately. I think you will be captured by her talent the way I was and may want to keep it playing for a good while.
Vocals are provided by Mary Jo Curry and she is joined by bandleader and husband Michael Rapier on guitar; producer James Armstrong also on guitar; Darryl Wright and Lawrence Baulden on bass; Andrew “Blaze” Thomas drums; Brett Donovan on piano and organ; backing vocals by L. A. Davison; and a horn section comprised of Dick Garretson on trumpet, Mike Gillette on sax, and Larry Niehaus on trombone.
One of Curry’s two compositions, Ooooo Weeee starts the album. It’s a nice reverse of the “I’m so down because he left me” song, turning it instead into a “I’m so glad he’s gone.” The melody is tight and the horn section punctuates the number.
Next up is one of two songs by Rapier, Husband #2. It’s a flashy, saucy tune that has some clever lyrics with a warning not to cross this lady. I have to wonder if this song started as a conversation between Curry and Rapier. Regardless it’s bouncy and would most likely be a fun live song.
Curry and company start to swing a little with Little By Little, another fast moving song by Amos Blackmore. It’s got a different feel as the keyboards take over and drive the music. It sounds like a small combo riffing in a nightclub.
Wrapped Around My Heart is her first torch song and it comes at a great time, allowing her to show her versatility after three up-tempo numbers. You can hear the ache in her voice and the emotion is very strong. The guitar break pulls you deeper into the world of the song. I’ll be playing this one very soon on Time For The Blues.
Steppin’ starts out swampy and powerful. Curry shows she can reach back to the country roots of the blues and use their power. Her voice is strong and evocative and so impressive. I have to see her perform this one live as I think it could be a showstopper.
Koko Taylor’s classic Voodoo Woman is a great follow up to Steppin’. She’s still got the power and the attitude from the last song and you get the feeling that this is one woman you do NOT want to cross. It also shows that she has great respect for the classics but is not afraid to tackle them and put her own imprint on them.
She keeps the power coming with When A Woman’s Had Enough, a great woman walking song. Her voice is sweet but that’s just hiding the bite in the lyrics. Her band is especially tight mixing keys, drums, and bass to create a very dark mood. Highly recommended.
Curry’s second self-penned song is Homewrecker, and you can tell right away what kind of song this is going to be. But true to form there are some twists in the lyrics. This song punches its way into your brain thanks to a very strong bass and Curry’s staccato delivery.
Rapier’s second tune, Smellin’, finishes up the album. Another cheating song that pushes a few envelopes and Curry delivers a strong vocal that is augmented by a good guitar lead.
Curry’s album progresses from happy bouncy tunes to the darkest parts of a woman’s soul and the journey is intoxicating. Her vocals are so very strong and she conveys emotions so well that it’s almost like we become possessed by her. She manages to find that line between old school blues and modern songwriting. She uses words that have become part of common parlance that previous writers might not have used.
That’s part of what is necessary for the blues to stay alive and relevant to more people. Too often we get hung up on doing things the way they’ve been done for a hundred years without taking into account that things have changed and we need to change with them. There will always be a place for tradition and I love traditional blues, but I’m also a realist and there are times we need to find new ways to express ourselves.
Anyway, I think Mary Jo Curry is an amazing artist, and I hope that her debut album will soon be accompanied by more. In the meantime, please check out her website: http://www.maryjocurry.com/ for more information about where she’s playing and to pick up her album. And I truly hope that she will be out on tour at the major festivals and blues clubs soon.
In the meantime, if you go see her, tell her The Professor sent you! 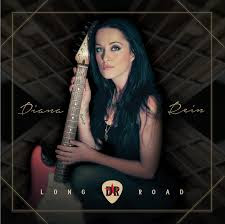 
In the meantime, be sure to check out this latest album and you can order her first album, 2007’s THE BACK ROOM from her website. Be sure to catch her live if you can – she is playing in a number of festivals and when you do, tell her The Professor sent you.
Posted by John at 10:20 AM 1 comment: