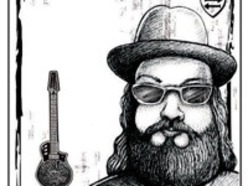 It wasn’t that long ago that the Professor stood at a crossroad. I wasn’t about to sell my soul to the devil or anything that dramatic, but I did have to choose a path to take: one that would have led me to a pulpit and the other would lead me to teach young minds.
Long story short, after a lot of serious introspection I realized I had more questions than answers so the classroom seemed like a better fit for me and I left the study of Philosophy for the study of all the Arts and I’ve been a better man for it.
Sometimes though, I have to wonder what that other path would have been like; lighting a path to heaven for my friends. But I realize that spirituality is a journey that each person has to take for him or herself. My own journey has brought me back home to Jordan’s Branch where I follow the seasons and find miracles in the nature outside my door.
And I find salvation in the music. There are sounds that bring us closer to the God I think I know – and if that’s not your thing, good on you, the Professor is not a preacher. I find spirit in different forms of music, but the things I try to bring to you have a power in them that I think make the world a slightly better place.
When I find a kindred spirit, it makes me happy, and when I get to write about them, I find a certain joy that I can’t quite explain. So when Fabulous Frank sent me a batch of new CDs (thank you Frank), I pulled out one from Reverend Freakchild called HILLBILLY ZEN-PUNK BLUES.
The title alone makes me want to slap it into the CD player.
The first track on the disc, All I Got Is Now, is one of seven written by the good Reverend. Another is a traditional song that he arranged. A kind of swamp infused number with some pointed lyrics. Freakchild reminds us of the preciousness of each single moment. I, for one, appreciate the reminder.
Next he lays down the first of three instrumentals, a rarity among albums these days. Angel$ of Mercy is a plaintive number, one that evokes melancholy by using simple riffs that are beautifully layered over each other. Freakchild’s guitar is followed by Hugh Pool’s lost harmonica and Chris Parker’s brushed drums. It’s a haunting sound.
Then he performs a song recorded by another man of the cloth, Reverend Gary Davis, It’s Gonna Be Alright. Freakchild and company give it a faithful old school rendering and it has a nice Gospel feel. He then preaches a little more modern gospel that was once espoused by underground illustrator and blues aficionado, Robert Crumb, Keep On Trucking. After all, we have to keep on going in this life, and the two songs create a powerful message with a funky beat.
The second instrumental, Lullaby, is a sweet song that displays Freakchild’s dexterity on the strings. It slides deftly into Moonlight Messages, another old school piece with decidedly modern lyrics. It’s another sweet song that evokes a slightly more innocent time.
By now it’s obvious that the Reverend Freakchild (and his many pseudonyms) is a very accomplished musician with a deep love of the blues, but not a slavish devotion. He adds other instrumentation and takes his music into different directions. He loves to explore his own path and he’s not afraid to step out where others have never dared to go. For that alone, he is to be commended and I can’t wait to pick up his other CDs and would love to produce a feature on his work for Time For The Blues.
The next song, She Wants My Name, was written by his lap steel and harps player, Hugh Pool. She Wants My Name is funky with some more wicked lyrics and Pools harp work is excellent in this number.
He follows up with an old-school sounding instrumental, Soul Transforming Realization. This one has an Appalachian feel to it, almost like one you would hear at a barn dance or church; that is until the drums take it for a ride. Once again when you think you are heading in one direction, Freakchild changes the course.
Tears Of Fire is a searing number, hard driving, the kind of song that would be at home in an Alt Rock environment. But Freakchild’s lyrics bring it back home to the blues. But this is Blues With Attitude and I would be willing to bet that this is a showstopper when performed live.
He ends the album with an old traditional song, I Wish I Was In Heaven Sitting Down. Again, we’re back in familiar territory with that swampy feel. Freakchild changes his vocal delivery quite a bit for the song and brings in a tent revival feel with a driving beat.
Hillbilly Zen-Punk Blues was a pleasant surprise. I discovered a talent of which I had been unaware. That’s always a delight in my eyes, but in this case it’s a revelation – The Reverend Freakchild is a talent worth knowing. I’ve not run into him before as an act on the festival circuit, but that may be because I haven’t gone looking for him.
But you better believe from here on out, I will be searching for the good Reverend and I’m sure our paths will cross somewhere in the future.
Because I have faith.
Peace from Jordan’s Branch.

(Picture of the Reverend lovingly emancipated from Reverb Nation. If you own the copyright and want it removed, let us know and we will go to church and do penance.)