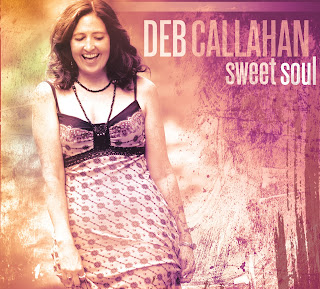 
For more information, check out her website at http://www.debcallahanband.com/.
Posted by John at 1:23 PM No comments: 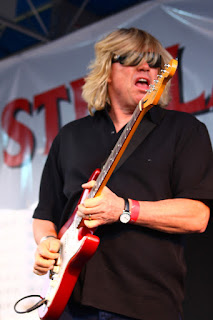 (Photo of Brad Wilson by Alex Centrella was lovingly "borrowed" from Wilson's website. If you want it removed, you'll have to come to my house and rake the leaves.)
Posted by John at 9:21 AM No comments: 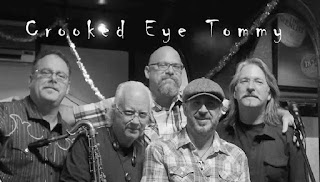 Dave Ellis' is STRAIGHT UP! 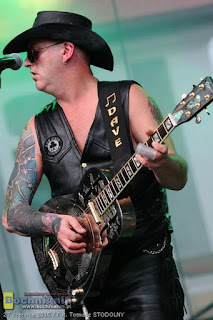 I’ve never really talked about it although I’ve never hidden the fact that my heart is not in the best shape. I’ve had one very nasty heart attack and two smaller ones, so every so often I visit my cardiologist for a little tune up.

That’s what I did the other day and while everything looked okay on the surface, he wanted his surgeon pal to go in and take a look at some scarring issues and clean them up. So, he made an appointment in the near future and told me to take it easy.

Of course, he failed to emphasize that to Mrs. Professor who thought to herself, “Hmmm, I can finally get some work out of this lazy bum…”

I’m not sure if that’s actually what Mrs. Professor thought to herself, but I’m pretty sure it was something close to that.

Anyway, while lounging around on the computer instead of transcribing my notes, I started reaching out to blues musicians and fans on Facebook. I hunted them down from my friends’ lists and then invited them to join up on Time For The Blues.

If I haven’t gotten around to you yet, I apologize. I had to take a break partially through in order to clean the gutters. That’s taking it easy…

If you haven’t seen the Time For The Blues page, hustle on over to https://www.facebook.com/timefortheblues?ref=aymt_homepage_panel and sign up. It’s quick, easy, painless, and you just might find enlightenment. I really doubt you’ll find that last one, but hey, anything can happen.

One of the people I friended reached out to me and asked about submitting some music to me and of course I readily agreed. You know I love to hear new things and he sent me a code for CD Baby to check out his newest release and I actually downloaded the album by myself.

Mrs. Professor usually does that for me, but I had sneaked away to avoid picking up the sticks in the back yard.

So that’s how I met Dave Ellis, a U.K. based blues musician who’s got a lot of Swamp Dog in his blood.

By that, I mean his band not only rocks a good blues tune, they are able to dig deep down into their sound and pull out a tune dripping with Spanish Moss or another that would be at home in just about any Texas honky-tonk.

I will admit that the Professor did not know these guys before, but I definitely got educated with their CD STRAIGHT UP!

The ten track CD features all original songs done by Ellis and his rhythm section comprised of Jerzy Janik on bass and Sławny Puszkin on drums. The album just dropped in June, 2015, so you may not have had a chance to check it out, but it is well worth the effort.

If you’re old enough to remember the original British Blues Invasion, those guys had a deep reverence for the sound and did everything they could to replicate it note for note. It wasn’t until Clapton took things a little further that it gave everyone permission to explore the blues and thus changed the sound.

Ellis and company have the advantage of having gone through the punk movement and learned the blues first hand. This is not the genteel British Invasion, this is the Invasion With Attitude.

They open the CD with two up-tempo tracks: Travelin' Man and Nothing to Lose which firmly establish the attitude. Ellis’ guitar licks soar and his lyrics are strong. Next up is Set Me Free which slows down the pace with some chilling lyrics which are perfectly underscored by Ellis menacing sparse guitar.

They go back to a happy pace with Sky Blues Today, but really show their chops on Rattlesnake Hide. Ellis changes guitars and evokes a slower pace. This one could get some significant air play.

After that, it’s back to the Power Trio sound (hey, it really works and it just goes to show you that you can strip down the sound and still make a powerful statement). Sun Goes Down and Stop Sign are straight ahead driving songs.

The last two songs are solid. Peace Of Mind has a delightful interplay between Ellis’ guitar and Puszkin’s drums. It’s very cool and I would love to see them do this live. The last song Honey Pot is another straight ahead driving number. Start strong, finish strong and take us on a great journey, that’s all I ever ask from a band and the Dave Ellis Blues Band delivers.

It’s a fun album, do yourself a favor and grab it.

And hey, if any of you happen to schedule festivals, Ellis has only played one date in America but has many tours throughout Europe. They would be fun to see live and while they may not be as well known in the States as I would like, they will put on a great show. Think about it.

Here’s the information from CD Baby: